Ganimede fermenters do not utilize a mechanical device or a pump to “soak” the cap, but instead uses the gas (CO2) generated during fermentation. Wineries in the United States, Italy, France, Spain, Australia, Argentina, Chile and Canada are already using this technology.

The tank is constructed with an internal cone that traps CO2 below it during fermentation. As excess CO2 is formed, large bubbles rise to the surface through the neck of the cone, which constantly agitates the cap keeping all the skins wet and evenly dispersed. When the bypass valves are opened the CO2 trapped below the cone is released, causing a vigorous mixing action to take place. This process is gentle enough to prevent aggressive action on the cap, but still results in the cap being completely broken up.

The mixing action caused by both opening the bypass valves and agitating the cap with CO2 bubbles causes much of the seeds to fall to the bottom of the tank. As the tank has a conical bottom (other bottoms available), seeds can be easily removed via the large bottom discharge valve. This gives the winemaker more control over eliminating harsh tannins found in the seeds. The mixing action also gives a more uniform temperature throughout the entire tank.

The winemaker has the choice of manually injecting nitrogen, or even oxygen during any stage of the process to eliminate reductive aromas that can be caused during fermentation and all without ever pumping over or punching down the tank. 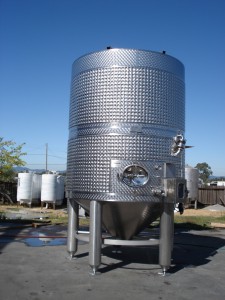 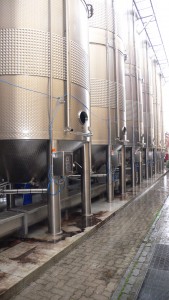 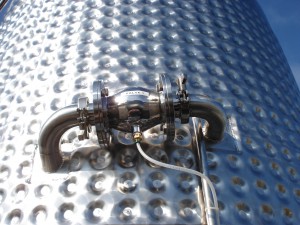